Grace Bible Fellowship seeks to follow the Bible’s pattern of leadership by Elders, who govern with congregational input, Deacons, who serve the body in practical ways, along with those men recognized as aspiring to those offices. GBF has three elders and three deacons, as well as ongoing leadership development. 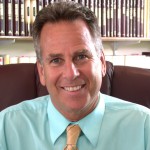 Mark Mann, Pastor
Mark was the founding pastor and elder of Grace Bible Fellowship in 2007. The Wisconsin native is a 1998 graduate of The Master’s University, Santa Clarita, CA, with a Master of Arts in Biblical Counseling, and later received a Master of Divinity equivalency from Southern Baptist Seminary, Louisville, KY, where in 2017 he graduated from a doctoral-level program with a Master of Theology in Biblical Counseling. He was certified as a counselor in 1998 by the National Association of Nouthetic Counselors (now the Association of Certified Biblical Counselors). Mark is the founder of Biblical Counseling Services of Nashville — a ministry of GBF — and serves BCSN as an instructor, counselor and mentor. Mark also serves Overseas Instruction in Counseling as an instructor and coordinator for Western Europe. He is the author of One Ministry of the Word: Recovering Biblical Pastoral Ministry, published in 2004 by Timeless Texts with a foreword by Jay Adams. He and his wife, Barbara, have been married since 1991. 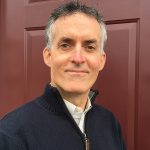 Charles Busby, Song Leader
Charles worked in the newspaper business as a writer, editor and manager for 19 years in his home state of Mississippi. Not long after being saved by God’s grace in 1995, he began writing songs and performing in the two-man band Acoustic Spirit. In 2002 he enrolled at The Master’s University in Santa Clarita, CA, to learn biblical counseling, and also left journalism to pursue self-employment doing website work to allow more time to devote to ministry. His experience in Acoustic Spirit in the late ’90s prepared him to serve as song leader at Sovereign Grace Fellowship in Slidell, LA, where he also served as a pastor/elder from 2004-2010. He and his wife, Ashley, moved to Mount Juliet in 2010, where he serves in the same roles at GBF. They have been married since 2005. 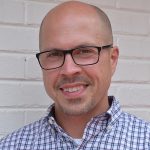 Josh Coleman, Counselor
Josh earned his Master of Arts in Biblical Counseling from Southern Baptist Theological Seminary, Louisville, KY, in 2012 and was certified as a biblical counselor by the Association of Certified Biblical Counselors in 2013. He served as a counselor and Director of Counseling at the Nashville Rescue Mission between 2013 and 2016 and has served as an instructor and counselor with Biblical Counseling Services of Nashville — a ministry of GBF — since 2018. He and his wife, Ashlee, moved to the Nashville area in 2007 and have lived in Lebanon, TN, since 2019. They have been married since 2005.

How To Reach Us